I am ridiculously excited. The most amazing thing has happened to me.

As you all know I am a strong, independent woman. But you probably don’t know that more than anything else I value looking after my family by my own hard work and determined effort.

To that end, I have taken one more important step towards my matriarchal autonomy.

I have adopted a chicken. A heritage chicken. A chicken of my ancestors.

This of course fits well with my other back-to-the-land life style choices.

This is a dream come true.

Now I can provide eggs for my hungry family. Heritage eggs. Eggs that hearken back to a simpler time, before our food was wrapped in plastic.

My chicken’s name is Sugar – because calling her breakfast felt wrong, and because the name fits in with my folksy grassroots.

I expect my chicken to be a leader among chicks, a source of inspiration, and obviously a creative poultry wonder in the fashion of her adoptive mother. I will by proxy raise her to be a strong, independent layer.

I’d write more but I need to get on Pinterest ASAP and learn how to knit a chicken sweater for my Sugar.

As I near the half century mark, I find that I have to work harder and call upon a formerly untapped reserve of discipline in order to weather life’s little ups and downs.

Before you say anything, I know it happens to us all. In fact, I am contently resigned to being a middle aged, happily married size 4.
After a certain age, we are all one blueberry scone
away from a new dress size. 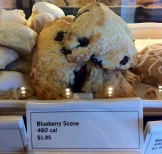 My determination to flatten out the weight fluxuations is not a result of my body image. It’s more pragmatic than that.

I have a small (size 2-4) fortune invested in my clothes. My personal wardrobe; clothing, shoes and accessories; constitutes a significant investment. It also represents years of my life invested in honing my personal style.

Just 10 pounds could negate all that hard work and reduce the value of that investment to next to nothing. Ten pounds is dress size. If I gained weight I would have to replace all those clothes. Watching my weight is really the same as being frugal and responsible with my money.

I have a vision. A vision of myself in the fashion future. It requires discipline. So, while I make the lifestyle choice to skip that second cookie, I do so only to enable me to have the choice future lifestyle I deserve.

I know it’s harsh, but not everything worthwhile is easy.

What to eat, not what not to eat. That was my quest.

Last Thursday the love of my life and I found ourselves childless due to a confluence of fortuitous circumstances.

My usual week night routine involves feats of dexterity rarely seen outside the circus ring. I juggle to accommodate and cajole to tame a motley crew of spurious and furious likes, dislikes, aversions and nutritional requirements for 5 people.

I take it with practiced grace now. When we first merged our households I was less adept and dinners were occasionally traumatic and sporadically dangerous.

During one ride home five weeks after I started cooking for everyone I was asked what I was planning for supper. I sobbed the rest of the way home.

There was, in the first six months, one tragic day when we all stood hungrily in front of the pantry considering our options. I offered to quickly prepare a tasty spaghetti arrabiatta, which was rebuffed with a slam of the pantry door and the gruff assertion that no meal was possible without meat. I assume they all had cold sliced meat sandwiches for dinner that night because I didn’t cook.

Last fall I found a recipe and attempted moose stew. I do learn the hard way sometimes. First of all, the raw meat was frightfully bleedy. Secondly cooking wild meat smells like grocery store meat times 100. The fumes alone caused a dysphoric agitation that took me three days to shake. 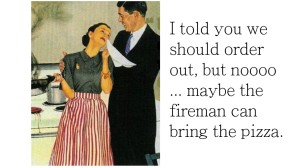 Oh, and there was the potato pie incident. Four large potatoes, a container of cottage cheese, fried onion, garlic and peppers, another cup of grated cheese with two eggs to bind it. The middle boy shoved it away and refused to even taste it, hastily declaring it frittata-non-grata. That incident sent me up to my bedroom for the night.

Anyway, back to my story. All the boys were out and I decided that was the perfect opportunity for a date night dining adventure. So we made our freedom count. We went out for dinner. Randomly, without a reservation or ANYTHING.

We wandered downtown and passed several cafes. Then I spotted a restaurant I had eaten in few months prior when a friend and I were famished from a long day shopping. There I had savoured my food. It was so tasty. It filled me up and set me right for the rest of the day. Just recalling the meal made me salivate.

I suggested this restaurant to my love.

It was a complete let-down. I mean, the food was good enough. It was freshly prepared. The presentation was certainly spot on. The service was excellent.

But it wasn’t as thrilling as I had remembered…suddenly I knew why. Hunger is the best seasoning. This time I wasn’t famished, I was just bored.

It really sucks that food tastes better when you are hungry, but when you are well fed eating is only a mediocre experience.